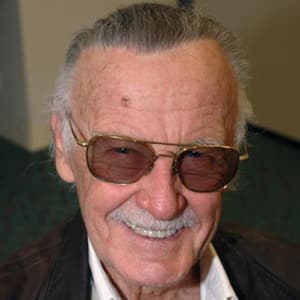 My earliest exposure to comic books happened in the 1970s during my early grade school years. I remember watching the PBS show The Electric Company where they would have occasional sketches called Spidey Super Stories featuring the Amazing Spider-Man. I also watched re-runs of the late 1960s Spider-Man cartoon series and Fantastic Four cartoon series on early morning TV.

Around this time, my mom started buying me a couple of monthly comic book subscriptions through the mail. Off-and-on for 3 or 4 years in the late 1970s and early 1980s, I read Spider-Man, Fantastic Four, The Incredible Hulk, Avengers, Defenders, and Invaders. We had a local used bookstore with a small comic book section where I would trade my issues that I had already read (and didn’t like) for others. Here I got exposed to Iron Man, Captain America, Thor, and Daredevil.

In the early 1980s, I started watching Spider-Man and His Amazing Friends. I also got my introduction to the X-Men. The X-Men started me down my path of comic-book collecting, which I indulged in for over 10 years. During this period, I collected all X-Men related titles including The Uncanny X-Men, X-Men, New Mutants, X-Force, X-Factor, Xcaliber, and Alpha Flight. I added the new self-titled Spider-Man when it debuted in August 1990. Also, even though I was a “Marvel guy”, I collected a few DC titles here-and-there: Batman, The New Teen Titans, and Vigilante. I even jumped on the bandwagon during the Death of Superman story line in 1992-93.

Even though I stopped collecting comic books in the mid-late 1990s, I’ve always had a fondness for superheroes. When Marvel introduced their mainstream comic book based superhero film, X-Men, in 2000, it brought me back to my childhood – a journey that has continued to this day with the expansion of the Marvel Cinematic Universe and over 45 films released to theaters.

None of this would have been possible without Stan Lee. Not only did Stan have a part in creating many of the iconic Marvel characters that we all know and love, he was the visionary behind Marvel Studios – first for TV then for film. He was a creative genius and a pioneer.

You will be missed, Stan. Excelsior.